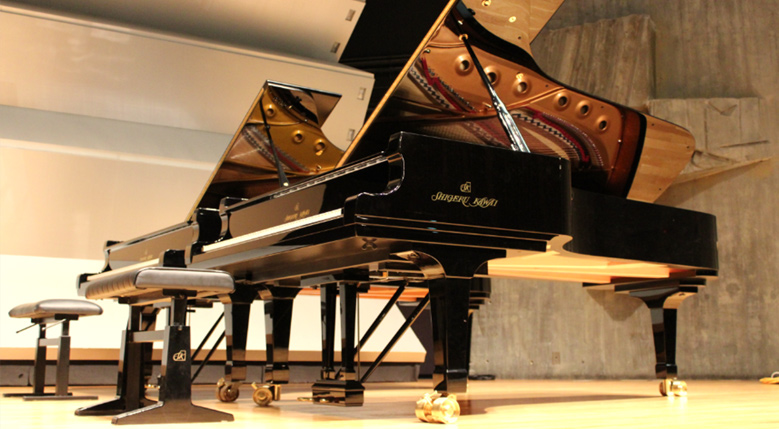 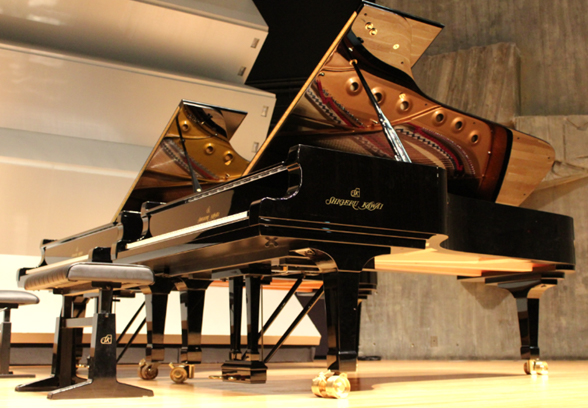 The Shigeru Kawai International Piano Competition was established in 2017 in commemoration of the 90th anniversary of Kawai Musical Instruments Mfg. Co., Ltd. The aim of the competition is contributing to the development of musical culture and promoting international exchange by finding out and nurturing pianists of the next generation from around the world.

The Competition has two unique characteristics:
The first is that Shigeru Kawai grand pianos are utilized throughout the competition. The Shigeru Kawai full concert grand piano SK-EX, which will be used from the 1st Round to the Final Round, has been frequently selected by pianists in prestigious international piano competitions, and highly acclaimed as an instrument that is able to produce a variety of tones depending on the performer.
The second is that the repertoire for the final round is “piano concerto for two pianos”. It was adopted from the 2nd competition in 2018, and prestigious pianists Prof. Andrey Pisarev and Prof. Pavel Nersessian of the Moscow Conservatory performed the orchestra part. Both professors will return for the 4th competition and support finalists so that they can fully express their musicality. 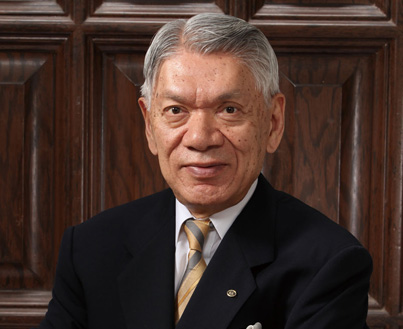 Koichi Kawai, our founder, dreamed to one day build the world’s finest piano. It was the start of our “dream.”
Shigeru Kawai, the second president and former chairman, used to say, “Delivering the best piano performance is possible with the combination of a superb piano, a highly-talented pianist, and an experienced tuner.” Aiming this goal, he realized the innovative ideas including the qualification scheme of “MPA” for cultivating highly-skilled piano tuners, and building the Ryuyo Factory exclusively for the production of grand pianos.
The Shigeru Kawai grand pianos were launched in 1999, as the result of our continuous efforts, ingenuities, confidences, intentions and honors in piano building.
Now the Shigeru Kawai SK-EX concert grand piano has been chosen as the official piano of many international piano competitions and evaluated highly from the first-class pianists around the world.
We established an international piano competition named after the Shigeru Kawai grand pianos in 2017, commemorating 90th anniversary of the company.
It is my sincere desire that the Shigeru Kawai, the crystal of our “dreams”, delivers “the best performance” of the pianists of next generation from all over the world. 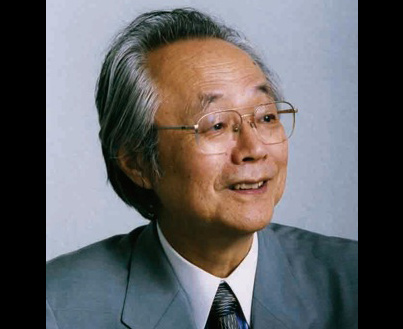 Winner of the first prize and the special prize at the 25th Music Competition of Japan. In 1960-64 he studied in Munich as a scholarship student of Bavaria, Germany.

At the International Chopin Competition in 1960 he was given an Honorary Diploma. Has performed over 40 concertos with the most of major orchestras in Japan. He was invited as a jury at many piano competitions in and outside of Japan such as the Chopin International Piano Competition in Warsaw in 1995 and the Geneva International Music Competition.
The Gold Medal for Merit to Culture "Gloria Artis" was awarded him from Polish government in recognition of his substantial contribution to the culture of Poland. In autumn of 2015, he received the Order of the Sacred Treasure, Gold Rays with Neck Ribbon. 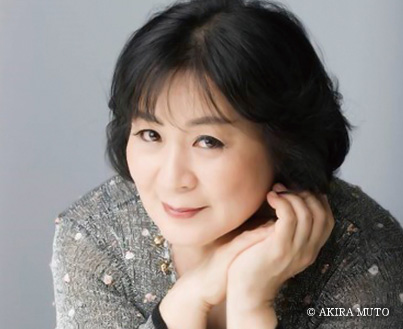 After winning the 41st Music Competition of Japan, Akiko Ebi studied abroad at the Paris Conservatoire. She was Grand Prix winner of the Marguerite Long-Jacques Thibaud Competition, and she also won 5th prize of the International Chopin Piano Competition. She has received numerous awards including two Japan Gold Disc Awards. She has performed with so many musicians, and her 2-piano recitals with Martha Argerich have been repeatedly broadcast all over the world.

For more than 30 years, she has been active as a participating musician in music festivals and recordings for TV and radio in 36 countries in the world.
She has served on the juries of international piano competitions. She was a chairperson of jury of the Hamamatsu International Piano Competition and a jury member of the International Chopin Piano Competition.
She is now placing emphasis on music education as well, and is enjoying the full confidence of music circle worldwide.